Summer is here finally! And hence, the annual summer #TBR list is back and better than ever. The only difference is; I actually have been given a reading list of some sorts from school to prepare for English Literature A-Level next year. Therefore, the standard ‘The Sweet Review’ list has been shaken up to include a mix of YA novels as well as some classics and Shakespearean plays that I haven’t read as of yet, but without doubt will be getting to know much closer over the upcoming years. Please join me on my plan to read as many books as possible before September, especially since I’ve thrown in some texts on the A-Level syllabus now!

But without further ado, let’s get into my Summer 2017 #TBR List.

French novels
⊂ Tracks by Robert Davidson
* I have decided to study French next year and, as a way of prepping myself for the              upcoming torture that is studying languages, I chose to practise a bit of translating.            Here we have two books, Tracks being more advanced than La pouilleuse, that I’m sure    I will be poring over in the next few weeks. *
⊂ La pouilleuse by Clémentine Beauvais

A-Level English prep
⊂ The Great Gatsby by F. Scott Fitzgerald
* I am VERY excited at the prospect of studying this next year – the whole aspect of The        American Dream intrigues me and (having read a few passages beforehand) I love the      unique way Fitzgerald depicts his characters. *
⊂ The Blood Chamber and Other Stories by Angela Carter
⊂ The Reluctant Fundamentalist by Mohsin Hamid
* I am half way through this so far and, since it is a relatively easy read, I chose to read it    first before Gatsby and The Bloody Chamber to ease my way into the A-Level syllabus.      Loving it so far! *

General
⊂ Decline and Fall by Evelyn Waugh
* Decline and Fall is one of my all time fave TV shows and I was thrilled when I received      this as one of my birthday presents in June. Now exams are out of the way I can finally    read about my beloved characters from the show! *
⊂ The Knife of Never Letting Go by Patrick Ness
⊂ The Next Together by Lauren James
⊂ It by Stephen King
* This horror novel is coming out as a film in September and, judging from the trailer,          looks AMAZING! So, of course I have to read the book first because isn’t that a rule most    bibliophiles live by? *
⊂ Room by Emma Donoghue
* This was also brought out as a film in 2015, and having watched it, I was really                    intrigued as to how this concept would be portrayed as a novel. Very excited to read          this! *

What a lovely selection of books! I don’t think I’ve ever seen a collection so diverse, and I cannot wait to read them all. Return to this page over the course of the summer to see me making my way through this mass of novels, plays, and non-fiction. And do suggest any novels that you found particularly enjoyable to read, or any from your Summer 2017 #TBR list that you think I will like. 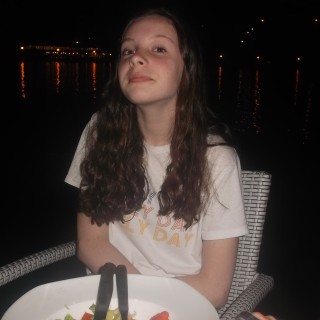